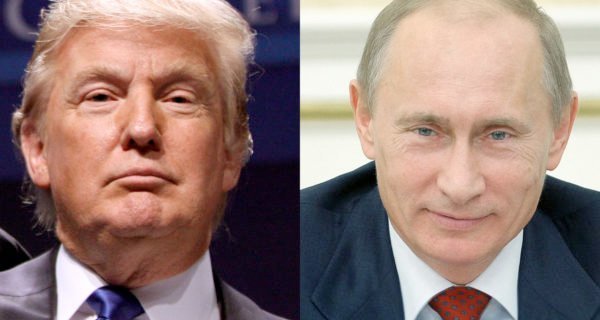 On July 16th 2018 the presidents Donald Trump and Vladimir Putin presented the results of their summit at a press conference in Helsinki. Putin briefly summed up their meeting this way:  “The Cold War is a thing of the past. “ If this is true, it should have been a day of joy to the world. But that is not the case as far as Norwegian journalists, leading US politicians and mainstream media are concerned. They are shocked. They are outraged. They talk about high treason.

Translated by Anne Merethe Erstad from the Norwegian original.

Tove Bjørgaas from The Norwegian Broadcasting (NRK), who reports from Washington, still mourns Hillary Clintons defeat in the last US elections, and is so outraged by the Trump-Putin meeting that she has trouble phrasing her words.

Of course, she is totally aligned with the mainstream media in the US. All of CNN’s commentaries follow this line:

“The most shameful, stunning moment of the Trump presidency”

“Trump is no longer leader of the free world”

Donald Trump’s press conference performance in Helsinki rises to & exceeds the threshold of “high crimes & misdemeanors.” It was nothing short of treasonous. Not only were Trump’s comments imbecilic, he is wholly in the pocket of Putin. Republican Patriots: Where are you???

Merriam-Webster writes that “’Treason’ is top searched word after the Trump-Putin press conference.” A New York Times’ editorial asks “Why Won’t Donald Trump Speak for America?” and quotes the  war hawk John McCain; “No prior president has ever abased himself more abjectly before a tyrant.” Vox writes: “Donald Trump, Vladimir Putin, and America’s “geopolitical suicide”.”

Deutche Wirtschafts Nachrichten writes that “Putin throws the USA into a deep political crisis”. And that’s hardly laying it on too thick. If the reactions were to be taken literally, the next step by the critics would be to remove the president from office and have him indicted for high treason.

What did actually happen?

In this media haze it’s hard to catch the sight of what actually happened at the summit. But to call it an historic event is no exaggeration. Both presidents stressed that the relations between the two countries have been rather terrible, and both stated that they now wished to improve the relationship, to normalise the relations, be they political, diplomatic or economic.

This is the press conference:

(Here is the transcript.)

End the war in Syria

To be specific, it is obvious that they have reached a model to end the war in Syria and the extreme humanitarian crisis there. This alone would be worthy of a peace prize, if it really happens. At the press conference Putin said that “the task of establishing peace and reconciliation in (Syria) could be the first showcase example of this successful joint work.”  This includes “helping Syrian refugees to go back to their homes”.

Trump has realised that the US and their allies have lost the proxy war on Syria, which he inherited from the Nobel Peace prize winner Barack Obama and Hillary Clinton, and he does not wish to throw good money after bad. This is why he has wanted to get US troops out of there as soon as possible and close this chapter in US history.

Vladimir Putin said that Donald Trump’s posture on Crimea is well known. “He continues to maintain that it was illegal to annex it. We – our viewpoint is different. We held a referendum (March 2014) in strict compliance with the UN Charter and international legislation.”

“As far as we are concerned, the issue is off the table. That’s final”, Putin said.

Trump did not comment on this. Crimea has been the main argument to carry out sanctions against Russia – sanctions which have caused great damage to several European economies. Even before the press conference in Helsinki, Italy’s strongman, Matteo Salvini from Lega, announced that Italy considers vetoing further sanctions next time this gets on the table in the EU. After the summit, there are probably other EU-members considering the same thing.

Putin said they had discussed Ukraine and “we paid special attention to the bona fide implementation of Minsk agreements by Kiev.” This is exactly opposite of what the regime in Kiev and their supporters in the US wished to hear.

Another news story that seems completely lost in the media haze is what was said of the economic relationship between US and Russia. As we all know, today’s relations are dominated by the US’ sanctions. But Putin said the two of them had been discussing how to bring these relations back into business, and that they had “agreed to create a high level working group that would bring together captains of Russian and American business, entrepreneurs and businessmen, (we) will let them think and make their proposals and suggestions in this regard.”

This is something the businessman Trump likes, and it bypasses the problem of the Congress being the only institution which can revoke the sanctions. When the ball is passed to the business sector, there is only so much Capitol Hill can do.

The two presidents have also discussed how to develop a constructive cooperation in a number of areas, and the first thing they do is to create a group of researchers and experts to look into how this can be carried out.

Donald Trump said he had come to the meeting aiming to re-establish a productive dialogue with Russia, and he stated that a “constructive dialogue between the United States and Russia afford the opportunity to open new pathways toward peace and stability in our world.”

Trump pointed to the nuclear non-proliferation treaty and said the two presidents had agreed to cooperate to bring the Korea treaty to a successful close in practice. He also said they would cooperate against terrorism. “I’m here today to continue the proud tradition of bold American diplomacy. From the earliest days of our republic, American leaders have understood that diplomacy and engagement is preferable to conflict and hostility”, Trump said.

Pulling the world back from the abyss

Ever since 2013 – at least – the world has been on shaky ground on the edge of a war between USA and Russia. A war that would most likely developed into a nuclear apocalypse. Three-four times during these five years it’s been close. In August 2013 Barack Obama was only hours away from launching a full-scale attack on Syria. It’s hard to imagine such a war avoiding direct combat between American and Russian troops – with fatal consequences to follow. Ukraine in 2014 could have triggered off a full-scale war. The provocations with so-called “chemical attacks” in Syria intended to trigger off a massive US attack against Syria – while the country was a close Russian ally. And certainly the conflict on the Korean peninsula could have started a nuclear war – Trump threatening to wipe out North-Korea in the United Nations general assembly as an all-time low.

With all this as a backdrop, the headlines following the summit should have expressed relief and cautious optimism. There will not be a world war any time soon. The Doomsday Clock can be slightly adjusted – in the right direction. This in itself should be enough to be pleased.

But not to NRK, CNN, New York Times, John McCain or Tove Bjørgaas. They obviously prefer militarization, interventions, bombing, sanctions and brinkmanship on the edge of nuclear war.

The NATO leaders must be shocked – again

The “leaders” of NATO have hardly recovered from the shock of being shaken by Trump. Now they get another reason to fear the future. Because: what is the point of bringing about the largest military armament in at least a generation if USA now can cooperate constructively with Russia? They’ll probably look to the hawks in Washington, hoping they somehow can get rid of a president who throws not just one, but a load of wrenches into the works that is the military industrial media complex. One way or the other the world must be back on track towards war – is that what they’re thinking, these men and women without qualities? 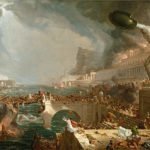