In recent years we have repeatedly seen how closely Norwegian politicians cooperate with multibillionaires and their foundations. Among them we find the foundation of Bill and Melinda Gates, who has received royal welcomes in Norway. The Clinton Foundation is another one, and Norway and Saudi-Arabia have been among its biggest contributors. A phone call from Hillary Clinton was all it took for Jonas Gahr Støre to pump millions of Norwegian tax kroner into her foundation that has been accused of corruption and dubious management by many. As to be expected, we also have George Soros and his Open Society Foundation, and the Stefan Batory Foundation in Poland, which he also controls, as the recipients of 340 million Norwegian tax kroner to spend as they see fit.

One of the recipients of gifts from Norwegian politicians is Bill Gates, the richest man in the world. In Norway, he has been received like royalty by the crown prince, Haakon, and by the former and current prime ministers Stoltenberg and Solberg. In turn he makes sure to compliment them, making it even easier to use them in the future. – I became well acquainted with Jens Stoltenberg. He has been a pleasure to work with. We wish to have a strong partnership with Norway, no matter who governs it, says Gates.

Bill & Melinda Gates Foundation has made Norway a partner country, and in return Norway has gifted at least a billion Norwegian tax kroner to the foundations of the billionaire pair. In 2007 the newspaper LA Times performed the kind of thorough journalism that one could wish more newspapers did. They peeked behind the beautiful exterior of the Gates Foundation and found a less flattering version. (Link to all the articles here).

The program for cooperation with billionaire foundations

The basis for this policy can be found in Report No. 15 to the Parliament (2008-2009), under the red-green coalition (Labour Party, Socialists and The Centre party). It’s a document supporting globalism, and it’s something those who are interested in Norway’s role in the global imperialist system definitely should study. NB: It’s not unreasonable polemic on our part to call this «a document supporting globalism». The entire document is filled with discussions on how Norway should adapt to globalization, like this example in the first chapter:

«Sweeping globalization, where sovereign states are challenged by supranational and transnational processes and actors. The processes are pushed forward by a combination of conscious political choice and structural developments. These include revolutionary technological change, economic liberalization and growing cultural and ideological diversity.»

In the report to the parliament there is a chapter dedicated to the billionaire’s foundations, a chapter that asserts that Norway must cooperate with the foundations. On page 84 (English version) it says:

Another interesting actor is The Aga Kahn Foundation, which has an Asian background and roots in the Islamic world, and has cooperated closely with Norway in recent years on many projects, for example in Afghanistan and Pakistan.

There is also the «The William J. Clinton Foundation», established and run by Bill Clinton. Since its inception the foundation has grown to be a global charity organization with more than 800 employees and volunteers. In addition to being an important international charity actor, Clinton has also established yearly meetings through «Clinton Global Initiative» as an arena for politicians with international ambitions. Together with the G8 meetings, «World Economic Forum» in Davos and EU’s newly established «European Development Days», it challenges and revitalizes UN, The World Bank and OECD as arenas for dialogue on development policies.

George Soros and his various organizations and funds, among them «The Open Society Institute (OSI)», represent a more specific political role of global philanthropy, with more focus on direct political influence. The yearly budgets, ranging from 400 to 500 million dollars, make him a potential powerhouse in the growing global network of NGOs. These private actors undoubtedly have resources, know-how and energy to make a difference.

The need to cooperate with Aga Khan foundation, Bill & Melinda Gates and George Soros is also mentioned in Report to Parliament 25 (2013-2014) page 51.

“As a part of Norway’s global health initiative, we have developed technical and financial cooperation with a number of private foundations, such as the Bill and Melinda Gates Foundation. This has grown out of an awareness that many problems are best solved through cooperation, and that in some cases public-private partnerships are an effective way of providing targeted assistance.»

You may also notice that both Børge Brende and Espen Barth Eide have had top positions in the billionaire club World Economic Forum, where the Norwegian crown prince has also played a part, in a position on the board of Young Global Leaders, a club of billionaires which is «the world’s most exclusive social network» according to Business Week.

Even crown princess Mette Marit is a part of this system through Melinda Gates and her Maverick Collective.

Warren Buffet has given a precise analysis of the situation when he said: «There’s a class war going on and my side is winning»! 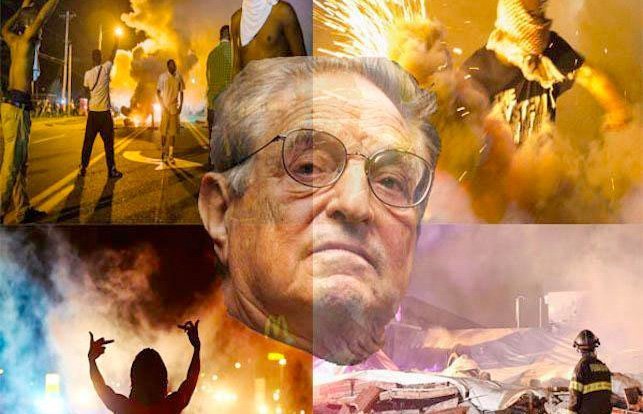 “While we used to separate between charitable organizations and political organizations, such as Amnesty International and No to Nuclear Weapons, the vast majority of volunteer organizations are now political actors and agents of influence in addition to being operational charity organizations.
The money that is collected is spent in tight-knit cooperation with media and international media personalities to maximize media exposure and political influence. At the same time cooperation with government and business grows ever tighter and happens more and more. The globalization, and its coinciding media and communication revolution, have led to a substantial increase in the ability of these actors to network and politically influence across borders and actors. “

This is a good description of how organizations like Norwegian Church Aid, Norwegian People’s Aid, Norwegian Refugee Council and Norwac have become instruments of Norwegian foreign policy and agents of influence for it. Billions of Norwegian tax money has been channelized through these organizations, the Syrian «rebels» have been on the receiving end. And NGOs cooperate with the billionaire foundations in a global network.

In the summer of 2014, journalists from VG and E24 analyzed the Norwegian NGOs. In a series of articles they showed how these organizations have grown large both in number of employees and in terms of the amount of money they control. Here in Norway the biggest and most known aid organizations have amassed a wealth of 3,7 billion NOK, according to 2012 accounts. Among the 3,7 billion that Norwegian Red Cross, Norwegian People’s Aid, Norwegian Refugee Council, Norwegian Church Aid, Save the Children og CARE Norway had exiting 2012, about 1 billion was cash. The remaining 2,7 billion was kept in stocks and obligations. These six organizations have a total of 800 employees, amounting to 20% of what the political departments have. In other words they’re not really volunteer organizations anymore, they have become professional bureaucracies that manage part of the income revenue of the state. As long as they keep the favour of the state they will keep doing so.

In 2003, Terje Tvedt, professor at  the universities of Bergen and Oslo, wrote:

– Every year this system gets 15 billion kroner to spend. In 2003, Norwegian charities will receive three billion kroner from the foreign policy department for their work. They do charity and aid work in over 100 countries and are involved in close to 10 000 projects, according to Tvedt.

The red green government’s reports to parliament about Norway and globalization helps us see that this isn’t just random negative effects of policy. It is a global strategy where Norwegian «charities» and research institutes helped by a generous amount of tax money is connected to Norwegian and Atlantic foreign policy and the billionaire’s private political strategies.