East Aleppo fell, and jihadists have been evacuated to Idlib by the Syrian government. The civilians have been rescued from the living hell in which the terrorists had them captured. But what happened to the White Helmets? Not too long ago, they were nominees for the Nobel Peace Price. They were allegedly the Syrian Civil Defence, and by their own account they’re supposed to have rescued 73.350 people. (One could argue that according to their own imagery, they’ve actually been rescuing the same people over again severaltimes at differentoccasions, but let’s not be nitpicky about it.) 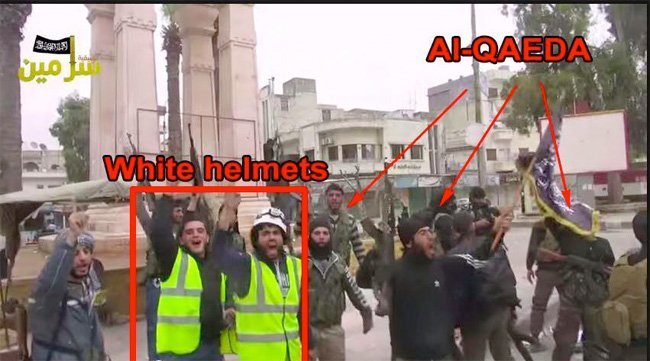 But when East Aleppo fell, there wasn’t a White Helmet anywhere to be seen. They’d vanished into thin air along with the narrative Western media has fed us for years; the story of the heroic Syrian uprising. It was all a downright fraud from beginning to end, propaganda trumped up by advertising agencies and spin doctors excelling in the art of seduction of public opinions.

The White Helmets are really nothing other than the Al-Nusra Front’s propaganda department, funded with at least $100 million from the United States and other countries. The Syria Campaign was initiated by advertising company Purpose Inc in 2014, and runs the campaign for the White Helmets. The campaign has involved a propaganda offensiveusing images of children to request«no-fly zone» – read full Western air campaign against Syria. But when East Aleppo fell, they were gone without a trace. 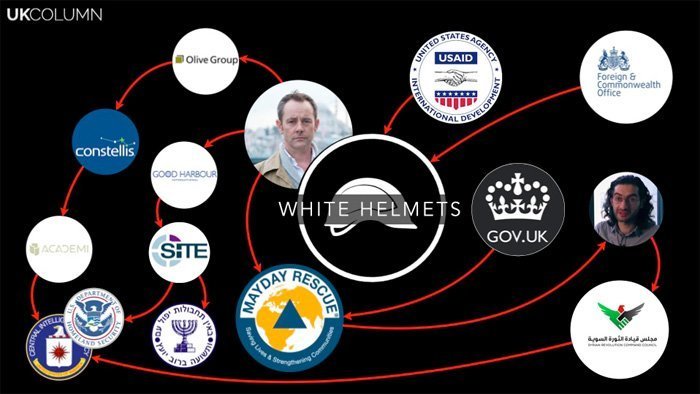 No other humanitarian organizations appeared, either. Norway and the rest of the «coalition» of Syria’s alleged friends has allocated enormous amounts to these organizations. But when the terrorists were killed or evacuated, nor were these NGOs anywhere to see. However, what did appear was massive food and medicine storages, together with depots of weapons, chemicals, gas cylinders etc. – enough to keep the war going for two years. Norwegian People’s Aid (NPAID), The Norwegian Refugee Council (NRC) and Norwegian Aid Committee (NORWAC) claim to have backed civilian aid organizations in East Aleppo. Millions upon millions of dollars have been spent on this – partly tax money, and partly gifts from donors who sincerely believed their contributions went to a good cause.

The terrorists have been using civilians as human shields, and fully controlled the supplies that was intended for the civilians.

But the EU is giving the rescue of its terrorist friends a new spin. The mantra is no longer “Assad must go”, the word now has it Assad will get loads of EU money if he agrees to let the jihadists establish enclaves in Syria. It was the current High Representative of the European Union for Foreign Affairs and Security Policy, Federica Mogherini who proposed this initiative, according toThe Times.

“There’s a transition, but the details are vague. In return, if all sides agree and everyone does what the EU says, there’s a huge pot of money,” the newspaper has been told by a source close to the “opposition”.

What the EU wants, is the “transfer of power to the Syrian provinces, which will allow the ‘moderate forces’ to merge with local security forces”.

Crisis affected EU, which isn’t even able to help its own citizens, is apparently still ready to pour huge sums of money over “Dictator Assad” if he accepts to give the terrorists a safe haven to regroup. And so shall the Devil certainly become an Angel, and never commit acts of terror or war after receiving new weapons and new supplies?

If not much else is achieved in the EU, at least they’re pretty good with fairy tales.