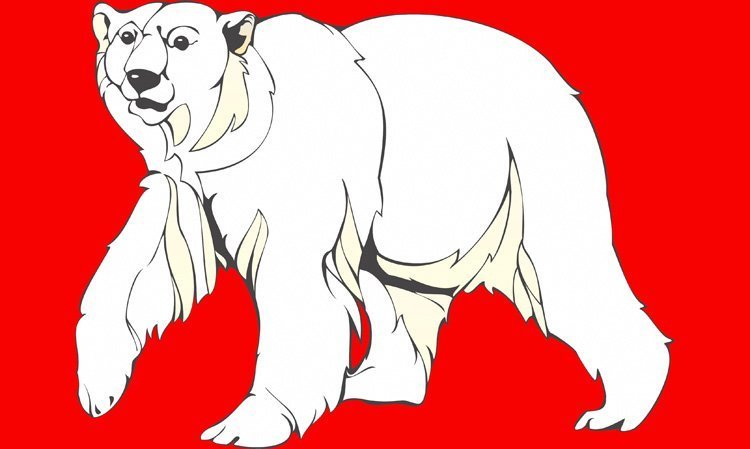 The Russian novelist Fyodor Dostoyevsky once said: «Try to pose for yourself this task: not to think of a polar bear, and you will see that the cursed thing will come to mind every minute. »  This is an example how our thoughts can be controlled quite easily. We think in images and stories, so the one who can control these stories and pictures doesn’t necessarily have to present the best arguments. The political concepts right and left are such images. They have a strong tendency to obstruct real analysis and understanding.

As many will know, the concept-pair right and left originates from the French revolution (1789-1799). Those sitting at the left in the National Assembly opposed the king and supported a secular republic. Those on the right were conservatives supporting l’ancien regime; the old regime. But there is additional symbolism here. In many cultures, left is “the wrong hand”. Words like left, sinistra, gauche all have negative connotations, like bad, insufficient and diabolical, even. On the other hand, right, Recht, destra have several positive connotations, such as correct, just, fair, straight, according to the law, etc. Thus, the most common political metaphor is loaded, tending to favour the established.

The polar bear in the room

Prior to elections in Norway there are lots of speculations whether the right or the left will win. The Norwegian newspaper “Klassekampen” (The class struggle) presents itself as the newspaper of the left, but the actual meaning of this term is very unclear. In the real political Norway, there is consensus on 98 percent of the most important issues. The political debates consist of dramatizing and exaggerating the disagreements on the two percent that are left to discuss. Without it, the politicians would be left without reasons for their existence. In matters of economy and legislations they have abdicated in favour of the EU via the EEA Agreement, and in matters of foreign policy, defence and security policies they have handed the reins to Pentagon. All that remains is a reality show within their right-left universe.

“Klassekampen”’s grasp of concepts places former prime minister Jens Stoltenberg as a politician on the left, in spite of him taking a lead position in the destruction of Libya for which he should have been tried before a war crimes tribunal. On the front page as well as in editorials the newspaper has proclaimed Jonas Gahr Støre as a politician who pulls the Norwegian Labour Party “to the left” in spite of him actually being an upper class social liberal supporting privatization, NATO aggression, the EEA Agreement and TTIP. Of course, in this context the term “left” becomes worthless. And when this right-left metaphor is established you can ask the voters: do you vote left or right? French workers who feel betrayed by the Socialist Party and the Communist Party vote Front National. Does that mean they’ve moved to the right?

And this becomes the polar bear in the room. Contrary to Dostoyevsky’s example, we’re asked to think about it, and we can’t free our minds from it. This fictional story of right and left overshadows far more important questions. And which questions are those? Well, they’re about something as fundamental as class, power and imperialism.

To a person on the social liberal left, a worker who votes for the Norwegian “Fremskrittspartiet” (The Progress Party) is less of a person than an upper class politician who uses a liberal language, but contributes to the bombing of countries and peoples as well as supports the globalised capitalism. Whatever political party a worker votes for, whatever she or he believes or not – they are, first and foremost, workers. But to the elite, it’s very important to make them forget that and turn their minds to others subjects. And above all, they have to learn that the elite are morally superior – always.

Metaphors we live by

In the article “The art of storytelling in times of war” I described it like this:

George P. Lackoff is an American scientist, a so called cognitive linguist. He claims that stories and metaphors are essential to the way we think and act. A conceptual metaphor isn’t just the use of a language tool in communication; it also moulds the way we think and act. In the book Metaphors We Live By (1980) he and Mark Johnson describes how our everyday language is filled with metaphors we often don’t even notice.

Very few people like to consider themselves as extreme. Everyone is the centre of their own universe. So, when the right-left metaphor rules our thoughts, it contributes to people grouping close to whatever is considered to be the political centre.

Most system parties in Europe are therefor centre-right or centre-left, and the voters support one or the other, back and forth. But in reality, the parties are so similar, they can just as well be perceived as various manifestations of the same party: The Cartel party.

Even when this political centre turns out to be de facto extreme, this fact escapes our conscious minds. They may be extreme supporters of war, mass surveillance, market liberalism or undermining democratic rights. No one notices, because everyone is thinking about the polar bear.

Consequently, the power centre of the elite can start defining any opposition to their normality as radicalism or extremism, like the former Norwegian red-green government and the current blue-blue one’s “Radicalisation project” or the French “centre-left” government’s “mass surveillance project” as well as their “ban on conspiracy theories”.

So, as the elite and their media command the public place, they can label opposition by referring to this model. If you criticize the altogether reactionary Islamism, you are a “racist” or a “right wing extremist”. If you criticize Israel, you’re “anti-Semite”, especially if you are also Jewish. And if you want to abolish the capitalism which grants 0.01 percent of the people almost all power, you’re no doubt a “left wing extremist”.

How to free ourselves of the polar bear?

Political battles aren’t won by arguments alone, as George Lakoff has shown. Battles are fought over the stories and the metaphors. Take the question of communism.

Readers will probably assume that I’ve been told more than a few times that communism is something extreme and foul, and hopefully steigan.no reaches far enough that even some of my readers think so too. To those people I’d like to say this: to me communism means humaneness, to solve problems and develop a society together, without oppression and exploitation.

Consequently, it does not give meaning trying to place communism on the established right-left axis.

If I use the dialectical language of Marx and Hegel, I could say it like this: if socialism is the anti-thesis of capitalism, then communism is the synthesis. Socialism, in its actual form, means to socialise the productive forces and expropriate the profiteers. But that will be just a half way process, which is proven by history. It is merely a negation of capitalism. Communism of the Marx’ variety is far from a barrier against individual creative ability. It’s a project to free human beings from the straitjacket of the division of labour and private property, enabling them to live as free individuals in a society of likewise free individuals.

Freedom in this area can only exist by the socialised human being, the union of producers, governing the human interaction with nature in a rational way, by collective control, so that, instead of being ruled by blind forces, they proceed using as little energy as possible and in a way, and under conditions suitable and worthy of their human nature.

This is not an extreme project or a project concerning just a thousandth on the fringe of society. Communism is the abolition of the condition exploiting human beings and nature, a condition currently herding our world towards the cliff. In its deepest sense, it is a fundamentally humanistic project. Our technology has come far enough for communism to arise, and the ongoing breakdown of the capitalist world order will lead to these alternatives: communism / community-society on one side and barbarism on the other.

I consider myself very moderate. I support the abolition of capitalism as quickly as possible and as peaceful as possible as well as an introduction of a humanist community-society where no one exploits other human beings.

This blog is read by people from most political parties and nearly everyone thinks I have some reasonable arguments. Many of them go along with my criticism of the globalised capitalism, its regimentation and oppression, at least part of the way. Still we cannot stop thinking about the polar bear, because it’s imprinted on our minds. And as the example shows, there is no help telling oneself not to think about it.

The solution is to create new stories and metaphors concerning the issues we find most important. The early 20th century Norwegian poet Rudolf Nilsen wrote beautifully about friendship between workers who didn’t necessarily share the exact same political views in his poem “Arbeider til arbeider” (Worker to worker). A translation of a few lines could go like this:

You’re a Tranmælist* and he’s a Socialist?

As friends, in the end, as friends we will exist.

In the era of “the one thousandth society” the foundation for a united front is even wider.

I launched my alternative story called Communism 5.0 in my book “Sammenbruddet” (The collapse) in 2011. But the canvas is big and there are colouring pencils for everyone. I discussed this article with the Norwegian evolutionary biologist Terje Bongard who wrote the book “Det biologiske mennesket” (The biological human being).

He said, quoted from my memory: Pål, what you present here is very much in agreement with the last chapter in my book, which deals with ways to organise society to compensate for people’s lacking ability to really grasp the global environmental problems. Our conversation took place in a Norwegian radio program called “Verdibørsen” – which could be translated into “The stock exchange of values”.