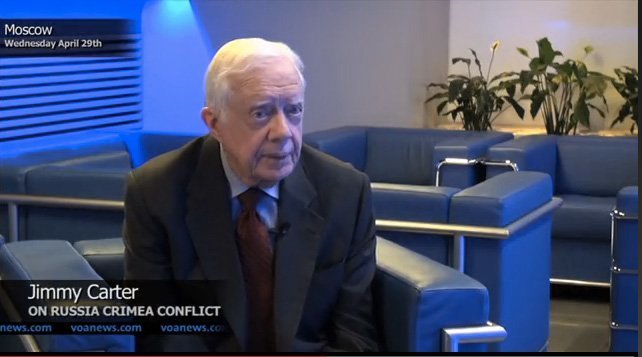 Ex-president of the Unites States Jimmy Carter said that Crimea’s reunification with Russia was «an almost inevitable move» as it was backed first of all by the Crimean people, and thus, it cannot be changed in the near future.

Carter also recalled the history of the Crimean issue. In the 1950s then Soviet leader Nikita Khrushchev transferred control of Crimea to Ukraine as a gift. However, Khrushchev made this move as he could never have imagined that the USSR would ever disintegrate.
«It was something the Crimean people wanted, I believe,» Jimmy Carter said in an exclusive interview with VOA radio’s Russian Service.
Crimea rejoined Russia in March 2014 following a referendum in which 96 percent voted in favor of the move.