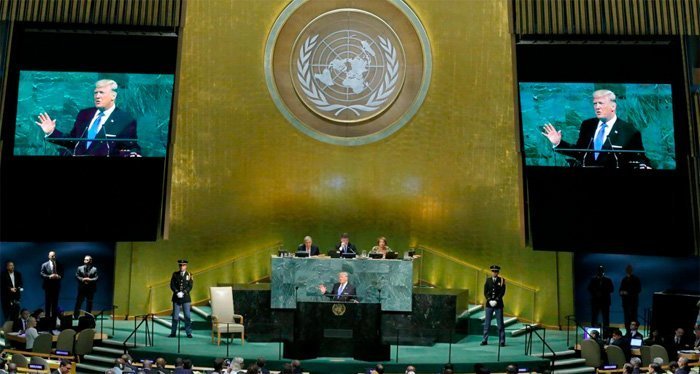 Her er hele talen til Trump.

“The people are suffering and they are dying. We have many options for Venezuela including a possible military option if necessary.”