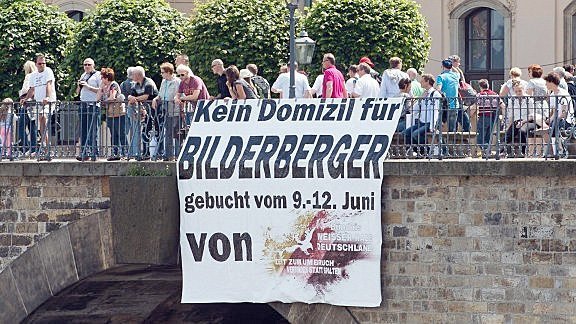 Bilderberg portrays itself as a ‘forum for informal discussions’ between Europe and North America. The institution was established in 1954 and the first meeting took place at Hotel De Bilderberg in Oosterbeek in Holland, hence the name. Bilderberg has arranged its annual meeting in May/June ever since; providing a meeting place for some of the foremost representatives of the monopoly capitalists, the military and their politicians. Descriptions of the Bilderberg have varied from that of a “world government” to that of utterly insignificant. Neither is true, but how are we to understand a forum like Bilderberg; how important is it and how heavy its influence?

After 1945 the USA deemed it important to influence and gradually control the economic, political and military development in Europe. On the other side was the Socialist bloc headed by The Soviet Union, and the US political-financial management was not entirely sure which way Western Europe would lean. Countries like France and Italy had large and influential Communist parties and the labour movement in Western Europe had – in part – a positive attitude towards the Socialist countries.

To coordinate the political, economic and military connections between USA and their allies/lackeys in Europe became a matter of urgency. Thus, a number of forums were established to this purpose. And Bilderberg was one of them. In 1961 Atlantic Council was formed. Its purpose was to ‘promote public understanding and support for the policies and institutions that would build collective security and peace’, read; NATO and USA’s policies for Europe. Another similar forum was The Trilateral Commission, originally created in 1973. According to the forum it aims ‘to bring together experienced leaders within the private sector to discuss issues of global concern’.

In 1971 the World Economic Forum (WEF) was established. It can be perceived as a special interest organization for the world’s 1000 richest corporations, with a majority of USA companies. However, it’s also a meeting place for the capital and their loyal politicians and media representatives.

This is the context in which we can grasp the Bilderberg. It is a forum to coordinate the “Atlantic” policy. The forum’s agendas and list of participants bear the imprint of this. See also; the list of former steering committee members.

From 1921 the ruling class in USA had had their Council of Foreign Relations. It is confined to USA citizens only, but on the other hand it’s extremely influential and the list of members resembles a Who Is Who in the US oligarchy.

The monopoly bourgeoisie organizing as a social class

In his discourse of the history of the classes, Karl Marx distinguishes between “class in itself (an sich)” and “class for itself (für sich)”. The former is a class de facto existing due to the people’s economic and social roles in society, but where the people belonging to the class aren’t necessarily conscious of their common fate. The latter refers to what happens when the people develop class awareness; that they belong to a social class with common class interests – and start organizing as such.

All the data I’ve gathered on the international monopoly bourgeoisie suggest that it’s becoming a “class for itself”. I’m aware that this viewpoint is controversial in Marxist debate, because we usually link classes to nation states. But reality trumps theory every time. If the real word changes, the theories need to be adjusted accordingly.

Bilderberg, The Trilateral Commission, World Economic Forum, the most powerful think tanks and foundations and the likes of them – in this perspective they appear as parts of the international monopoly bourgeoisie organizing as a social class. They are forums to coordinate partly conflicting interests within this growing class as well as forums for the class’ execution of power.

This organizing of “the globalists” as a class isn’t hierarchic in a traditional way. Some forums are far more powerful than others. Some have a lot of control – others have less. But the structure is no pyramid with one main point of mighty power. It is a complex network of connections and structures where the resultant is the prevalent direction within the monopoly bourgeoisie. The interests and the groupings with the most and the best connections dominate those who have few and weaker connections.

If you look at the recurring names in these systems it becomes very obvious. Around 40 of the participants at the Bilderberg meeting also participated at WEF in Davos. People like Henry Kissinger, José Barroso, Jacob Wallenberg and Eric Schmidt (Google) appear on both lists of participants and if you look at the bigger picture you can add Peter Sutherland, David Rockefeller, Madeleine Albright and Carl Bildt.

Here is a section of the same figure: 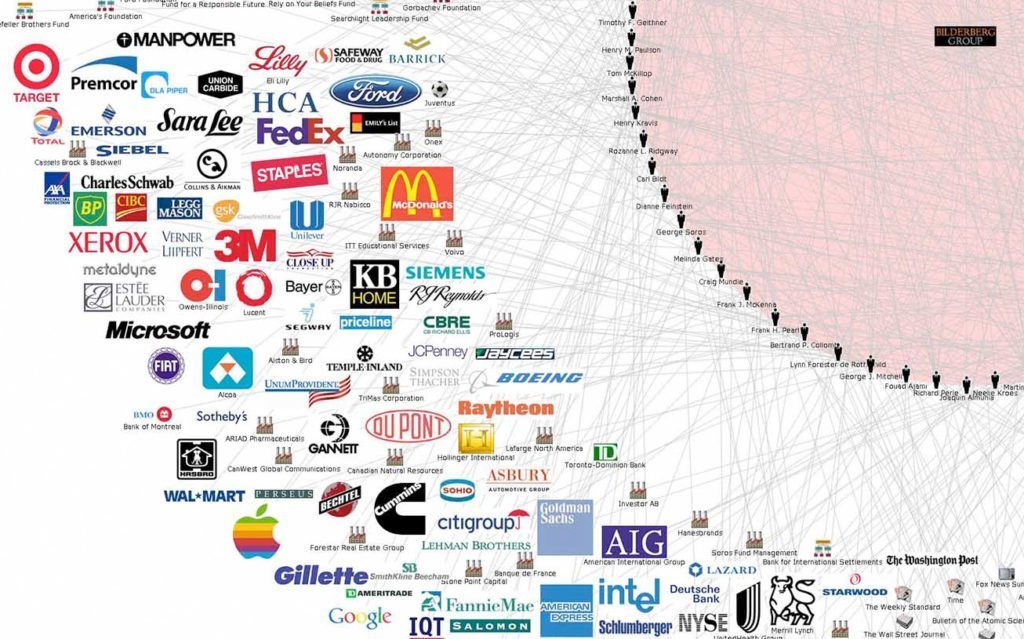 If we return to the first figure, it’s a schematic outline where I show the connections between some of the vital centers of power. (All relations can be proved by documentary evidence in case anyone should be interested, but that would carry too far in this article.) This shows how the largest banks, the arms industry, the largest investment funds and these think tanks, forums and foundations are interconnected. Traditional political parties have no part in this system, and most of the politicians appear merely as receivers and listeners who are told what their opinions are supposed to be. A small bundle of politicians are incorporated into the system and have become pivotal figures because they have proved themselves to be loyal and effective servants of the capital interests.

What should have been done is to create a relation database covering all these people, the centers of power and the corporations to reveal the underlying structure. Eventually it’s all about understanding how the modern monopoly bourgeoisie is organized and how it executes its power. The Chinese military philosopher Sun Tzu has rightfully stated: ‘If you know the enemy and know yourself, you need not fear the result of a hundred battles.’