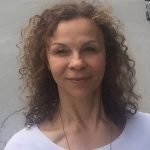 Since the start of the war against Syria, newspapers and television channels have been unequivocally conveying dramatic images and films from Syria. The reoccurring meme is the so called «regime»‘s bombing of areas besieged by terrorists, usually called «rebel forces» or «opposition forces» in our media. The attacks of terrorists against the civilian population in non-besieged areas have hardly been discussed, despite the fact that these violent gangs have been posting videos on the internet, bragging as they perform shooting of missils, torture and cruel executions.

Thousands killed and injured by terrorists
Terrorists in the besieged areas have not only committed cruelties against the civilians in their own enclaves, the people in cities like Damascus and Aleppo have lived in constant fear of terrorist attacks  and tens of thousands have been severely injured or killed in Damascus alone.

The atmosphere has changed
I noticed a big difference in the mood in Damascus since I visited last year . But even now, battles are being fought. The battle of Yarmouk, south of the city is ongoing. Bombers and artillery  sounded day and night, but no one showed any signs of being afraid of it, people were just happy and relieved to get rid of ISIS from the suburbs of the capital.
Last year, it was surprisingly lively at restaurants and in the streets, as it is now. The noticeable difference is that there are fewer checkpoints.  After east-Ghouta on the outskirts of the city was liberated from terrorists, the mortar attacks have all but ended.  But there are still some attacks. During my stay, several  people were killed and even more injured by mortar attacks. One can wonder what the terrorists expect to achieve with these attacks, but there is no point in it. They are mercenaries who do what they are told. As long as they are being paid, they continue to kill.

Are there ordinary people living in Syria?
Just days before I traveled to Syria, I told a lady that I wanted to give a voice to ordinary Syrians. She exclaimed: «Ordinary People? Are there ordinary people living in Syria?» I can not blame her. The typical image we get in the media is men running towards the camera, with babies in their arms,  in ruins,  with dust and smoke in the air. More than twenty million people live in Syria, ordinary people who want nothing but to live their everyday lives and who manage as well as they can in a country that has been under attack from several countries’ military in addition to the worst terrorists the world has seen.
I met many ordinary people on the six-day journey I have just returned from. I experienced a lot and met many. In the days to come I will tell about some of them and convey what they had to tell. It is the ordinary people who pay the highest price in war.

Huda lives in Damascus
Huda Ibrahim is an English teacher. Before the terrorists sieged the area, she was also teaching in Ghouta, an area we have heard a lot about lately because of an alleged gas attack. She is married and has two daughters, 14 and 16 years old. Before the war she rented out rooms for tourists and she is looking forward to more tourists coming back to Syria. In 2010, there were over eight million foreign tourists visiting the country.
«Life before was perfect,» she says, «everything was cheap. Now everything is expensive, we must choose carefully what we can buy.»
She invited me for lunch. Bulgur and lentils is nice, Huda explains that meat is expensive now. For me the meal is perfect, this is the food I prefer. After dinner, sweet tea is served.

One window in the living room is covered with cardboard and tape. When it got  smashed  a second time after a mortar attack, she decided to wait for peace before replacing it again.

«I saw my neighbour lying here, killed by a mortar.»
Damascus has been under constant attack from terrorists in the besieged areas around the city. Over 10,000 people have been killed by mortar attacks, at least 30,000 have been injured for life. It is nearly impossible to understand how paralysed fear can make a person.  Everything is affected by fear; immune system, short-term memory, appetite, sleep, everything is being impacted. The mental terror is not visible, but the damage it has caused will take time to heal, if it ever will.

Huda experienced that a friend who had been visiting came back, her head covered in blood. When she went out to get her friend to the hospital, they met a horrific sight – the neighbour lay dead outside his door, in front of his mother and his child. This is what the people of Damascus have lived under, day in and day out, for seven years.

Here is the movie where she tells me about this day:

Huda believes the war is over
A sign that safety returns: Huda’s daughters are going on a school trip for the first time in seven years. It has not been possible before because of sniper and rocket attacks.

Here, Huda tells about life before and under the crisis, and about hope for the future.

I undertook a trip to Syria in April 2017.  I went to Damascus, Aleppo, Homs and Maloula. I have just returned from a new trip (april 2018) this time for six days. I stayed in Damascus and surrounding area. The goal was to talk to ordinary people and convey their voices. Voices we have not heard at all during the seven years the war against Syria have been going on. In the days to come, I will share more stories.