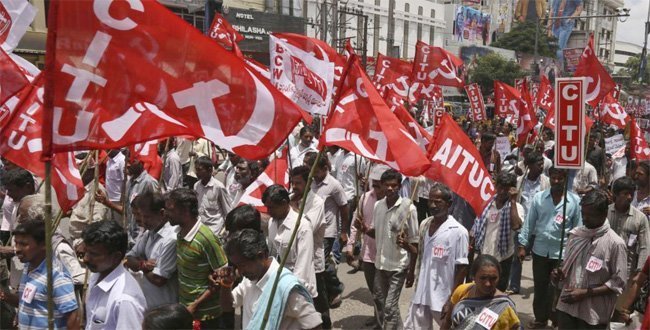 Millions of public sector workers have gone on strike in India to protest against the government’s economic policies.

Reports suggested more than 150 million workers were taking part in the industrial action but the figure had not been confirmed.

«This strike is against the central government, this strike is for the cause of the working people,» Ramen Pandey, president of West Bengal Indian National Trade Union Congress, told Al Jazeera.

«Our strike will be 100 per cent successful … we will prove that this strike is the world’s largest ever.»

The strike was called after talks with Finance Minister Arun Jaitley broke down, with union leaders rejecting his offer to raise the minimum wage for unskilled workers from 6,396 rupees ($96) a month to 9,100 rupees ($136).

Workers are demanding the government dump plans to close unproductive factories, raise foreign investment caps in some industries and sell off stakes in state-run companies – over fears that creeping privatisation will jeopardise jobs.

The unions said the government should guarantee both social security and healthcare for all, and should be hiking the minimum wage to double what it is offering in order to keep up with inflation.

India Engulfed in Red Banners as Workers Strike Back
Tens of millions of workers shut down the country in what is believed to be the largest labor action the world has seen.
The working class of India struck back hard on Friday in a nationally coordinated labor action led by the Center of Indian Trade Unions. The historic work stoppage is by far the largest strike the country—and possibly the world—has ever seen, and reflects a high degree of class-conscious militancy on the subcontinent.