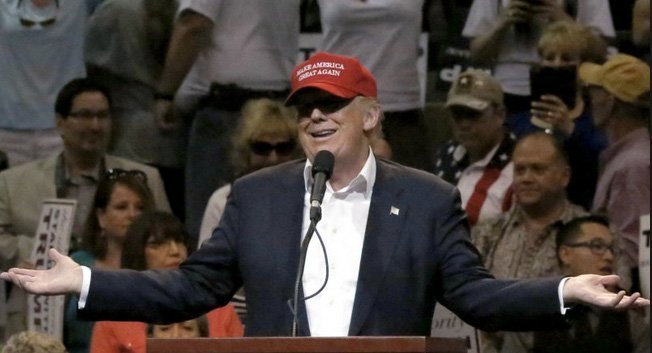 NATO is costing us a fortune, and yes, we’re protecting Europe with NATO, but we’re spending a lot of money.»

Ukraine is a country that affects us far less than it affects other countries in NATO, and yet we’re doing all of the lifting,» Trump said. «They’re not doing anything. And I say: ‘Why is it that Germany’s not dealing with NATO on Ukraine? Why is it that other countries that are in the vicinity of Ukraine, why aren’t they dealing? Why are we always the one that’s leading, potentially the third world war with Russia.’

«I watched as we built schools in Iraq and they’re blown up. We build another one, we get blown up. We rebuild it three times and yet we can’t build a school in Brooklyn. We have no money for education because we can’t build in our own country. At what point do you say, ‘Hey, we have to take care of ourselves?’ So, I know the outer world exists and I’ll be very cognizant of that. But at the same time, our country is disintegrating, large sections of it, especially the inner cities.»