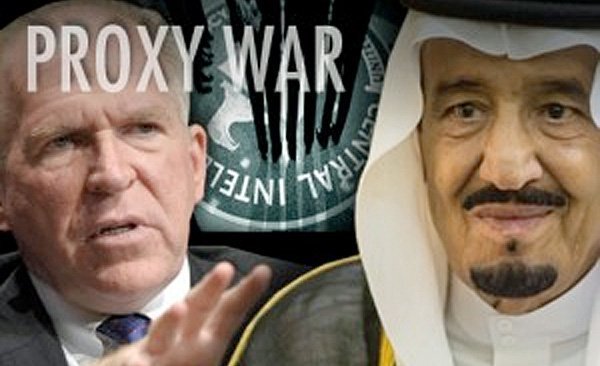 «The support from Saudi Arabia for the opposition did not stop but it is now intensified in an unprecedented way, and it is this that has participated in slowing the operations, delaying big achievements on the ground,» said one of the sources, speaking on condition of anonymity.

The U.S. and its regional allies agreed to increase shipments of weapons and other supplies to help moderate Syrian rebels hold their ground and challenge the intervention of Russia and Iran on behalf of Syrian President Bashar al-Assad, U.S. officials and their counterparts in the region said.

The deliveries from the Central Intelligence Agency, Saudi Arabia and other allied spy services deepen the fight between the forces battling in Syria, despite President Barack Obama’s public pledge to not let the conflict become a U.S.-Russia proxy war.

Saudi officials not only pushed for the White House to keep the arms pipeline open, but also warned the administration against backing away from a longstanding demand that Mr. Assad must leave office.

In the past month of intensifying Russian airstrikes, the CIA and its partners have increased the flow of military supplies to rebels in northern Syria, including of U.S.-made TOW antitank missiles, these officials said. Those supplies will continue to increase in coming weeks, replenishing stocks depleted by the regime’s expanded military offensive.