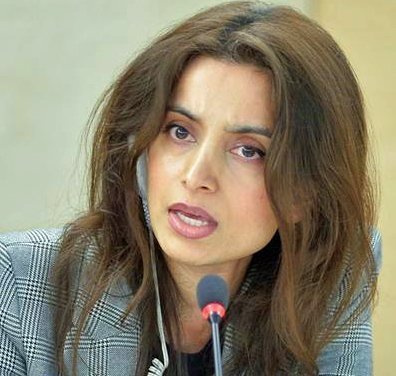 Freedom of expression is essential for feminists and dissidents in the Muslim world. As a girl, I abandoned a promising singing career due to violent harassment by Islamists. Since then, over twenty years later as a film-maker and activist, I am a passionate advocate for the freedom of expression, even when this challenges ideas and images that are held to be sacrosanct.

The carnage in Paris should not be seen in isolation. Although for the assailants themselves, and for many of those responding, this was seen as part of an epochal battle between the East and the West, I saw it as the continuation of a long-running terrorist campaign to silence any opposition or critique of the religious right.

Just like Islamist terrorism, most of the victims of these campaigns are themselves from Muslim backgrounds; and women are victimised more than most. If a young girl innocently singing traditional Pashtun songs was considered a threat to Islamist values, and one worthy of physical attacks, then what about those brave women who directly challenge religious justifications for the oppression of women in the most challenging of environments, states which imprison, torture and execute dissidents, where militias and extremists act as vigilantes in the service of their warped ideas, and their intolerance of anything that may challenge them. These efforts to crush freedom of expression are a powerful testament to the importance of what dissidents have to say, and the weakness of their own position.

It is in honour of the courage and creativity of the dissident voices of women that I am convening the inaugural World Woman event in Oslo, featuring many participants who have faced violence and threats due to their support for equality, reform, secularism and women’s rights. This event stands as my own defiance of those who seek to silence women’s voices, the voices of women who are my own personal heroes, and my firm commitment to freedom of expression.

From the cartoonists of Charlie Hebdo, to the liberal writings of Raif Badawi, grotesquely condemned to a thousand lashes by order of the Saudi State for the crime of setting up a liberal blog, there can be no equivocation on freedom of expression, whoever threatens it, and whatever their justification.

Our freedoms are shared freedoms: they are bound up in each other. The ability to confront oppression in the guise of religion is linked to our ability to worship as we choose: both are acts of expression. Violence, not speech, is the real act of provocation. Speech, not violence, is how we will bridge the divides between us.