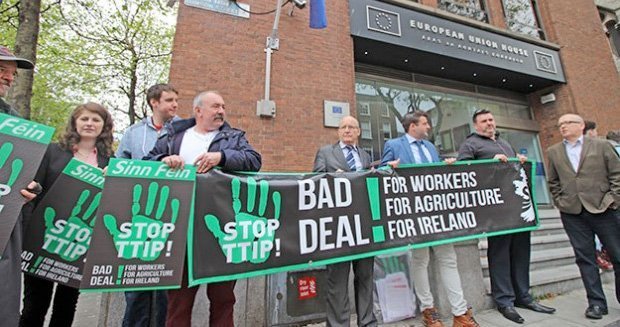 The study by the United States Department of Agriculture shows how the US would benefit from TTIP while the EU would lose, in all of the three scenarios examined.

Even using the highly criticized CGE economic model which it is claimed paints an overly optimistic picture of the possible gains for the EU, our agriculture in all three areas examining Tariffs, Tariff-Rate Quotas (TRQs) and Non-Tariff Measures (NTMs) would be a major loser.

The removal of select NTMs could lead to consumers preferring domestically produced products versus the importer equivalent. Thus, in the third scenario, export gains are smaller for both the United States and the EU.