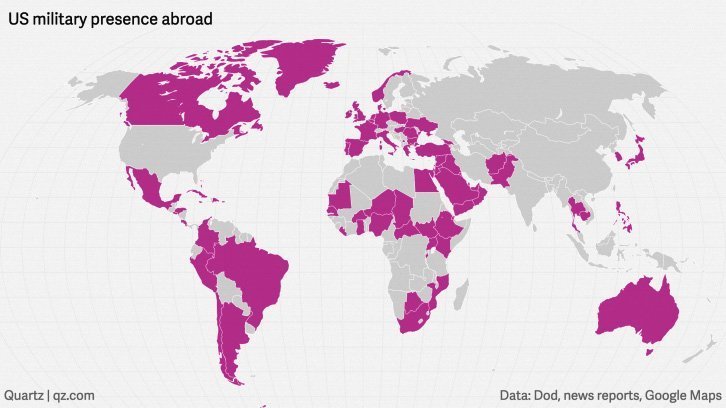 According to official information provided by the Department of Defense (DoD) and its Defense Manpower Data Center (DMDC) there are still about 40,000 US troops, and 179 US bases in Germany, over 50,000 troops in Japan (and 109 bases), and tens of thousands of troops, with hundreds of bases, all over Europe. Over 28,000 US troops are present in 85 bases in South Korea, and have been since 1957.

Altogether, based on information contained in the DoD’s latest Base Structure Report (BSR), the US has bases in at least 74 countries and troops practically all over the world, ranging from thousands to just one in some countries (it could be a military attaché, for instance).