Ukraine’s black earth belt may probably have the most fertile soil on our planet. Ukraine has been called the» bread basket of Europe», and international agribusiness is drooling over the chance to get hold of it. The combination of an economic catastrophe and the corrupt regime in Kiev provides a golden opportunity for Monsanto, GMO to carry out large-scale land-grabs.

(Translated from the Norwegian by Tanja Barth) 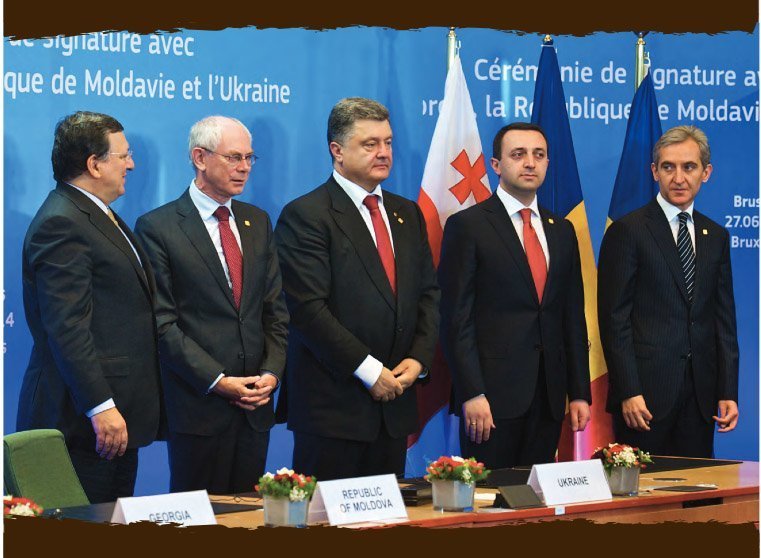 The scramble for natural resources – Among other things, the conflict in Ukraine concerns natural resources. These include uranium and other minerals, and especially Ukraine’s fertile soil. The country has been the world’s third largest exporter of corn and the fifth largest exporter of wheat. The Ukrainian «black soil» forms a thick layer and is rich in nutrients. It is difficult to find land that can be more easily farmed. Global cooperations are looking to control it. This struggle is nothing new. More than 1.6 million hectares (nearly as much as the area of the state of New Jersey) have already been sold to foreign agro-business. The largest contracts have been handed o companies based in Luxemburg, Cyprus (perhaps as a cover for Russian or Ukrainian oligarchs) and in France. China signed an agreement to buy more than 3 million hectares (30 000 square kilometers) in 2013 (equivalent to the size of Belgium, comprising 5 % of all of the fertile soil in Ukraine), but at present there are doubts whether this deal will be finalized. (Please read Land concentration, land grabbing and people’s struggles in Europe.)

The oligarchs see the agricultural sector as yet another source of profits, and they are the people that have taken control of most of the resources. The richest man in Ukraine, Rinat Achmetov, owns a large section of land. The same goes for Oleg Bachmatjuk, one of the world’s largest producers of eggs. His company is registered in Cyprus. Some of the largest foreign land owners are US NCH Capital (400,000 ha) and Russian Ukrainian Agrarian Investments (260,000 ha). (Please read Land concentration, land grabbing and people’s struggles in Europe.)

Drastic reforms facilitating foreign agro-business taking control – With the US’s preferred crew installed in Kiev, the road now is open for international agro-business. So far, laws and regulations have been an obstacle for companies like Monsanto, but under heavy pressure from the World Bank, the International Monetary Fund and Washington’s «advisers», the extreme right-wing regime in Kiev will soon have changed all this. A case in point is the Ukrainian law that didn’t allow the use of genetically modified organisms (GMOs), but in the association agreement with the EU there now there is a section stating that both parties should «cooperate in extending the application of biotechnology». This section will be used to implement GMOs.

According to Michael Cox, research director at the investment bank Piper Jaffray: «Ukraine, and in the wider perspective Eastern Europe, are among the most promising growing markets for producers of agricultural machinery like John Deere and seed producers like Monsanto and DuPont.»

For several years now, the World Bank has insisted that Ukraine must facilitate international investment in the agricultural sector. In 2013, Ukraine was selected to be one of ten countries to be especially closely followed in their Benchmarking the Business of Agriculture project. The deregulation of the seed and fertilizer markets are central for this agenda. New loans from the World Bank and the IMF are linked to requirements that Ukraine implement reforms to facilitate the acquisition of land by foreign owners, and that they reduce taxes on such investments and reduce the frequency of inspections. (!) In May of 2014, the World Bank granted a loan of 1.5 billion dollars which is partly intended for the implementation of wide-ranging reforms in the agricultural sector. Regarding these reforms, the bank itself states that

«…some of the social effects will be difficult to quantify. In the short term, the adjustments…can have negative social consequences for income and employment and create a shock that can affect the poor».

In Kiev, the international agro-business and financial capitalists now are dealing with a government that is not overly concerned with the negative social impact resulting from its policies. In May 2014, Jim Yong Kim from the World Bank praised Yatsenyuk’s government as

«…dedicated to conducting wide-ranging reforms in cooperation with the World Bank».

On May 27th 2014, the New York Times revealed the truth about the IMF credit:

“Western interests insist on changes and big multi-national companies have expressed their interest in the Ukrainian agricultural sector.”

The newspaper revealed that reforms in the agricultural sector is a prerequisite for the 17 billion dollar credit, and that the IMF aimed at

«…increasing the investor confidence in Ukraine by removing bureaucracy and inefficiency».

J.P. Sottile, in his article Corporate Interests Behind Ukraine Putsch has described how the American multi-national corporations, in particular, have participated in the support for and encouragement of the coup in Kiev in February 2014. The article specifically mentions the U.S.-Ukraine Business Council. The executive council of this body looks like a list of Who’s Who in American agro-business, oil- and weapons industry: John Deere, Monsanto, Chevron, Westinghouse, Chevron, DuPont and Cargill.